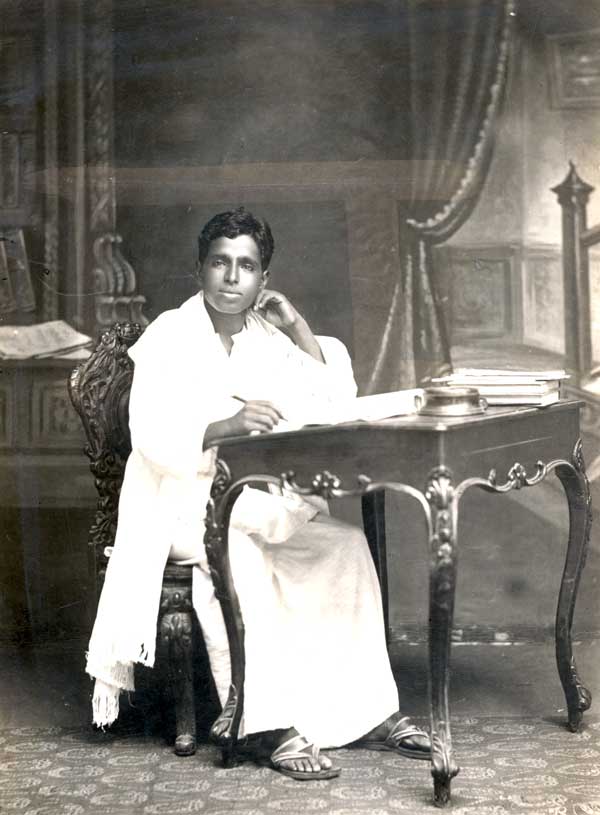 Kalki R Krishnamurthy (1899-1954) was an iconic writer, a pioneer of modem Tamil literature and journalism. His induction into journalism was facilitated by his involvement with the freedom struggle. Beginning his career in the scholarly journal Navasakti and the anti-liquor manifesto Vimochanam, he served as Editor, Ananda Vikatan, before launching Kalki, the eponymous nationalist weekly. A prolific writer, he turned out, along with novels and short stories, political essays, reformist propaganda, travelogues, music and dance critiques, film reviews, biographies, scathing satire, humorous essays, songs, poems, a film script or two, and translation, including Mahatma Gandhi’s The Story of My Experiments With Truth.

Reveling in controversial debates on issues political, aesthetic and ideological, Kalki used his writing talent to crusade for several causes. Liberal humanist as he was, he had chosen his pseudonym – the name of Lord Vishnu’s final avatar for the destruction of the world – because he was determined to “destroy regressive regimes, express radical thoughts, take readers into new directions, and create a new era”! Artists remember his contributions to the renaissance of the performing arts in Tamil Nadu for his critical analyses and the unflinching honesty with which he promoted the highest aesthetic values.

In his great novels, Kalki makes dextrous use of imagery, often synaesthetic. The pages are filled with unobtrusive echoes of phrases from great poetry.  He presents places and characters with their sensory minutiae intact. The sounds of the language are as important to him as its sense. His effortless fluency, wit, and felicity of language combine to communicate his ideas in a striking and original manner. Critics have come up with a name for it: Kalki-tamizh.

A passionate interest in understanding the past, pride in our heritage, and the determination to work towards changes for a better future, were perhaps the most vital sources of energy in Kalki, whose multi-faceted genius continues to mesmerize readers in the Tamil speaking world nearly seventy years after his demise.