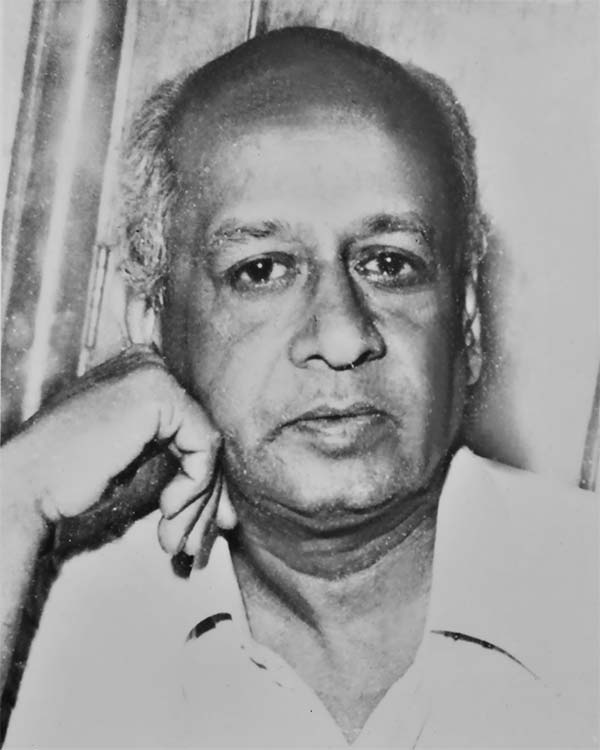 “Sunda”, MRM Sundaram (1913-1995), began his career as a munsiff in his native village of Melanattham, Tirunelveli, Tamil Nadu, on a monthly salary of Rs 13.  Young Sunda’s inborn love of language and literature was nourished by the literary meetings he attended in the home of Tamil scholar and connoisseur TK Chidambaranatha Mudaliar. Here he met such stalwarts of the freedom movement as Rajaji and Kalki R Krishnamurthy, listening to whose discussions and analyses enhanced his knowledge of Tamil literature.

Sunda had been in charge of BBC’s Tamilosai programme in London for two and a half years when he interviewed many visiting Indian celebrities. Among the essays and short stories he wrote with London as their location, Mary and the Mahatma, published in Tamil (Dinamani Kadir) and English (The Illustrated Weekly of India), remains outstanding in theme and style.

During his tenure in AIR, New Delhi, Sunda coined many Tamil words which are now in common usage. He devised several catchy Tamil slogans for the government’s Family Planning Programme. He also taught journalism at the Indian Institute of Mass Communication.

In Delhi, Sunda acted in amateur plays along with thespians of the stature of Poornam Viswanathan. He staged a humorous musical named Kuravan and Kurathi and turned singer-storyteller with a modern kathakalakshepam, for which ace music critic Subbudu provided harmonium accompaniment.  His experiences of life in Delhi were serialized in Dinamani Kadir.

Sunda’s writings include essays, short stories, humorous skits, travel writings, and poems, with prize winners among them. He was a regular contributor to the special Deepavali issues of several Tamil magazines. His published works include Punnakai (essays, 1946) and Idayamalar (poems, 1970).

In Ponniyin Pudalvar, Sunda crafts his own narrative style – novel, piquant, arresting. With subtleties glinting beneath its limpid flow, this work is a magnificent contribution to biography as history, and indeed to Tamil literature.