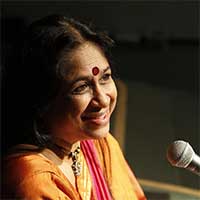 I spent a whole year doing nothing but translating the 900-page biography of the iconic Tamil writer Kalki Krishnamurthy into English. My friends ask me, “Why did you get into this back-breaking project?”

Honestly, if it had been the story of an individual’s achievements, I don’t think I would have done this. But his biography is emphatically, the saga of the first 50 years of 20th century India, and its struggle for freedom. No, Kalki was not just a celebrated novelist. He became a writer and a pioneering giant of the Tamil press because he was an activist, inspired by the national movement. 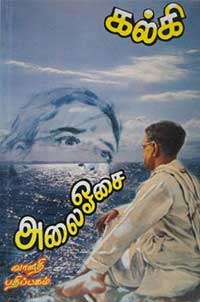 This biography shows him using his powerful pen to propagate the anti-colonial struggle, Gandhian ideals, reformist causes and the renaissance drive. With the book, I watched him trounce regressive ideologies in polemics and political writings. I saw him make lasting friendships with exemplars in the fields of art, learning & nation-building. And create his inimitable and beloved works of historical fiction to showcase his ideals.

Most importantly, for me, though rooted in Tamil and Tamil Nadu and Tamil culture, the book has a national sweep and national vision. It makes me understand my heritage as an Indian. But it also shows me my responsibilities as a citizen of this world. It makes me aware that as a human being I must oppose injustice and violence wherever I see it. Without fear, but with compassion. I hope the readers too will find these ideals in the Kalki biography. 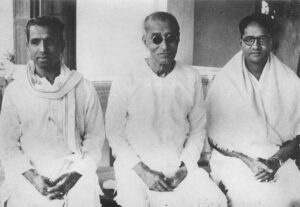 And how wonderful to have PC Ramakrishna, a thespian in Chennai theatre as actor & director, a voice professional celebrated as the Voice of Madras! Not only because he has an inimitable style, a resonant and textured voice, where perfect modulation meets flawless diction. But also because he is a lover of Tamil literature who has transformed the Madras Players, the oldest amateur English theatre company in India, into a group that prides itself in promoting Tamil literature by staging plays based on modern Tamil writers from Komal Swaminathan and Indira Parthasarathy to R Chudamani and Sivasankari. I have had the good luck to work with him in staging Kalki’s novella Kaniyazhiyin Kanavu as “Rural Fantasy”, and Sivakamiyin Sapatham as “Flame of the Forest”. He has also directed the enormously popular Trinity, a play based on three short stories by Sita Ravi, another granddaughter of Kalki. 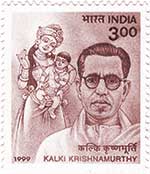 In April 2021, PCR launched the monthly meetings of the Kalki Biography Project, with his reading of a chapter from the Kalki biography. There Kalki was a young boy, just getting infected by the fever of patriotism and political activism.

In today’s extract, we see the boy grown into a man, and how he wrote and spoke about his convictions. You are introduced to some of the ideals that Kalki promoted all his life, ideals that continue to resound with a relevance beyond his time. In our age which fears dissent and lacks the confidence to maintain a cool head and rational approach in the face of opposition, it is enthralling to see how Kalki recognised the rights of others to propagate their own views, while also opposing those views with strength, intelligence and a sense of humour. 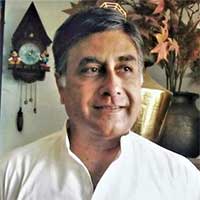 A thespian on the Chennai theatre scene as actor and director, PC Ramakrishna was formerly the dynamic president of The Madras Players, India’s oldest English amateur theatre company.

Under his leadership, this company produced many plays based on Tamil fiction by Kalki, Indira Parthasarathy, R Choodamani, Sivasankari et al.

Ramakrishna has also found the time to remain a regular reader for the visually challenged.