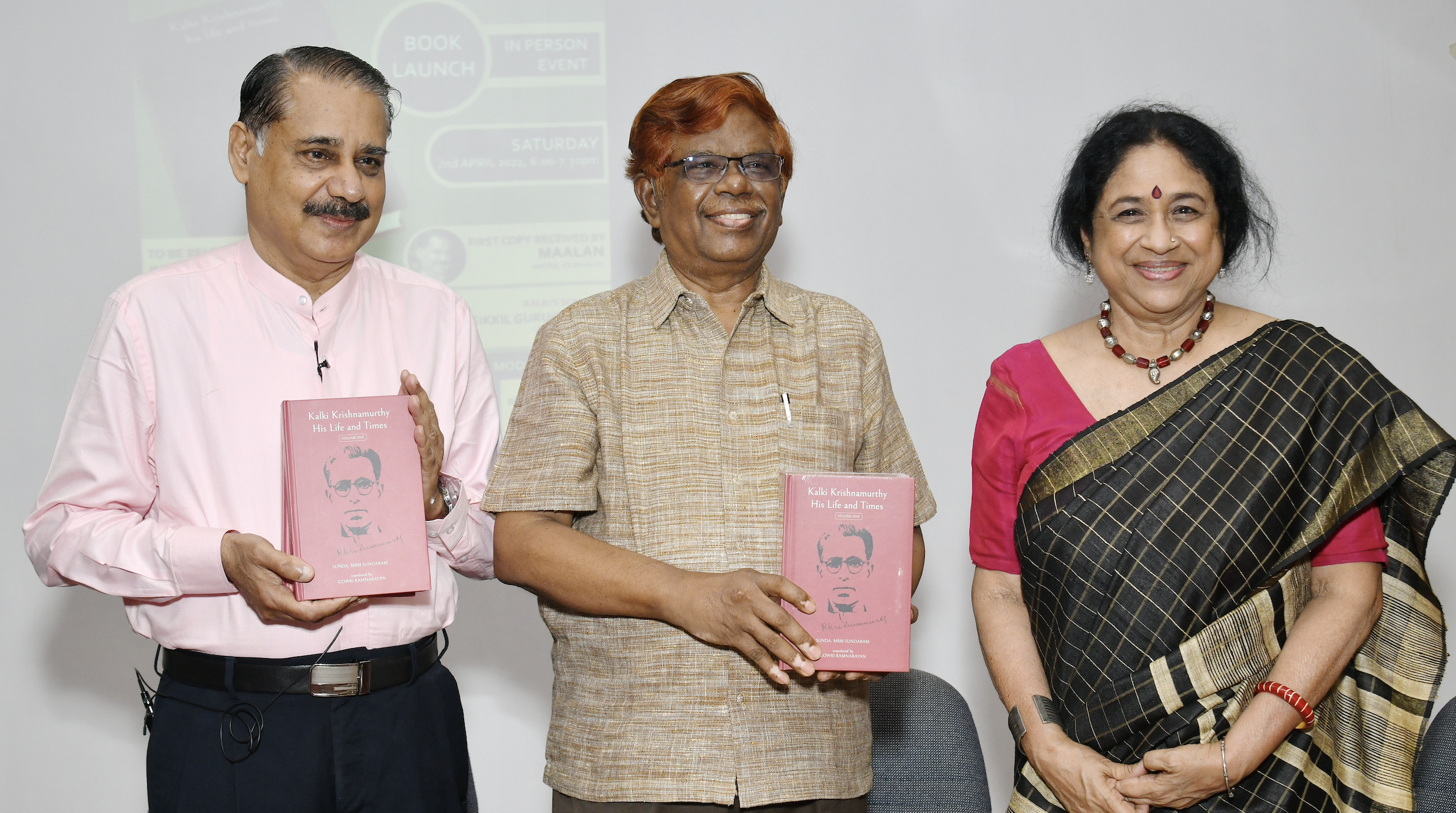 Kalki’s granddaughter and former editor of Kalki, Seetha Ravi, recounts the events of the book release function for the English translation of Sunda’s (MRM Sundaram) epic Tamil biography of Kalki Krishnamurthy, Ponniyin Pudalvar. The event was held at the Chennai International Center on April 2nd, 2022.  Justice Chandru presented the first copy which was received by the writer Maalan.

It was an event of under ninety minutes duration. The erudite and passionate speakers touched on subjects that ranged from politics to art, and nationalism to journalism.  Cinema, poetry,  criticism,   theatre, truth, God, atheism,  philosophy…everything wafted into the discourse that evening! Not surprising,  considering that the protagonist was Kalki Krishnamurthy.

Launching Kalki Krishnamurthy: His Life and Times, Justice Chandru recalled that twenty years ago,  the very venue at which the event was happening was in jeopardy.  The Anna Centenary Library and the adjacent Madras school of economics (the event venue) were, by an order issued by the then government, to be acquired and turned into a hospital. Not a word of public protest nor a word of condemnation at this deliberate act of mindless spite in the newspapers.  The judiciary intervened to halt the disaster. “Had Kalki been there,  he certainly would have written a scathing editorial condemning the government ‘s insensitivity, ” Justice Chandru assertively stated. Kalki was not just a writer and journalist but an active participant in the nationalist movement. The cultural, social, and political events of his times all bore a stamp that was distinctly Kalki’s. His life story is the history of these events too and of special significance to those born in independent India. An English translation of Sunda’s work would be the best legacy for the youth of today.  He congratulated Gowri  Ramnarayan on her stupendous work and said that her translation would be a best-seller at the Chennai book fair just as Ponniyin Selvan has been all these years.

Maalan who received the first copy reminded the audience of Kalki’s idealism, his defiant courage that led him to start his own journal in the midst of a world war when everything including newsprint was frightfully scarce and expensive. As a writer, journalist and activist Kalki remains unmatched, he said. He spoke of the travails of a translator with deep insights,  being an award-winning translator himself. He richly complimented Gowri on her faithful and sensitive work.

Gowri described how joyful and elevating her job had been the past year and more conceded that she indeed was stumped by many words soaked and wrapped in their cultural milieu, and said she did her best to capture the spirit of the Tamil. She also shared her amazement over how Sunda had woven several strands of supporting writing to strengthen his research and how tirelessly he had worked on the readability of such a voluminous work. She expressed her gratitude to  Rajmohan Gandhi for his foreword which added value to the book and to her team of friends and family who supported her work.

Eminent theatre artists Balakrishnan,  Yohan Chacko, and Akhila Ramnarayan read out passages from the book with emotion and clarity.  The evening began with Sikkil Gurucharan singing Kalki’s  Kaatrinile Varum Geetham and ended with his rendering of Sorvu Kollade Maname, in the ragam Desh, again a composition of Kalki…one that left the listener with a lump in the throat and hope in the tired heart.  If there was anything one missed that evening, it was the hearty yet incisive humour that pervaded Kalki Krishnamurthi’s writings. 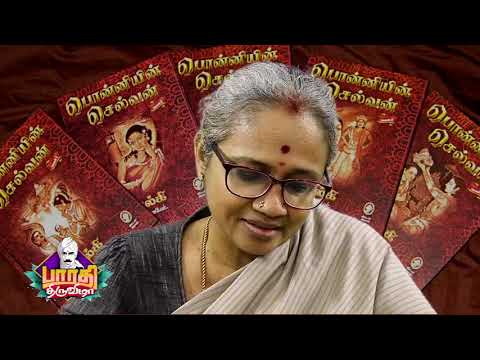 Former editor of Kalki magazine, Seetha Ravi is the granddaughter of Kalki Krishnamurthy. She has written a number of short stories and a few short novels. Most recently her three short stories about  Carnatic music composers were used as the basis for the Madras Players’ production Trinity.