Press Release: 15 August 1947.
“This is no dream, no hallucination, no fantasy. Here and now, in our lifetime, before our own eyes, our sacred motherland has achieved total independence! Two hundred years of foreign rule have come to an end. The dream of thousands and thousands of patriots has come true! The sacrifices of millions and millions of nationalists have been rewarded. Truth has triumphed! Vande mataram! Jai Hind!

The man who wrote it was Kalki Krishnamurthy.

And now you will hear a song written by Kalki, who remained a freedom fighter on all fronts all his life, on Subramania Bharati, the greatest Tamil poet of our times, whose verses blaze with an irrepressible passion for freedom!

From the age of ten, when he read Bharati’s poems for the very first time, Kalki had idolized Bharati. From that time onwards, through his entire life, not a single day passed without Kalki singing or reciting Bharati’s verses. Undoubtedly, Bharati inspired Kalki to develop his own progressive, iconoclastic, revolutionary ideas about changing the political regime, society, and the world.

Later, Kalki’s efforts became instrumental in mobilizing funds to build a memorial to Bharati in his hometown Ettayapuram. And Kalki wrote a song for the inauguration of the Bharati Memorial in 1947, the year India became a free nation. MS Subbulakshmi sang the song on that historic occasion.

Savita Narasimhan who sings it for us today, is a wonderful Carnatic vocalist, committed music guru, and a visual artist with an arresting brush. Winner of prestigious awards, she has sung extensively for Bharatanatyam and for theatre.
Savita is also the president of MOPA Foundation, which documents and presents the history and current trends of performing arts in South India. Enjoy the song!

The other stanzas of the song are not familiar to many and we share a translation here in Tagore’s own handwriting. 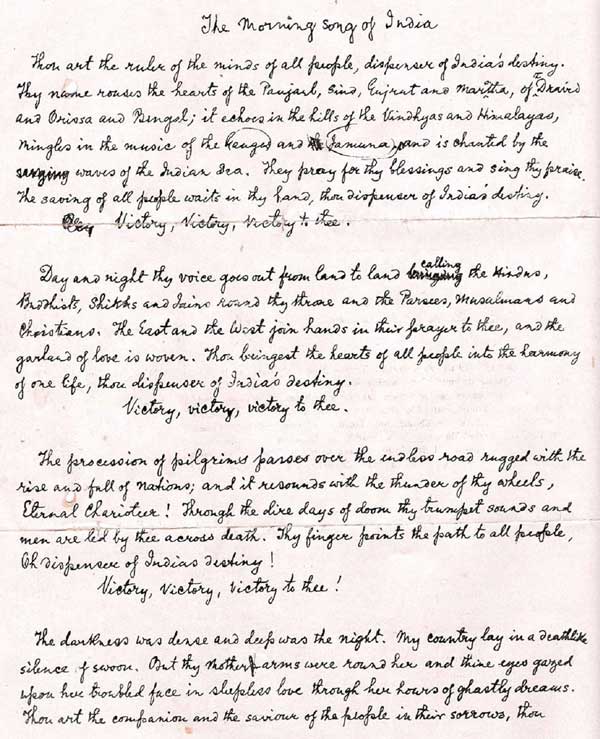 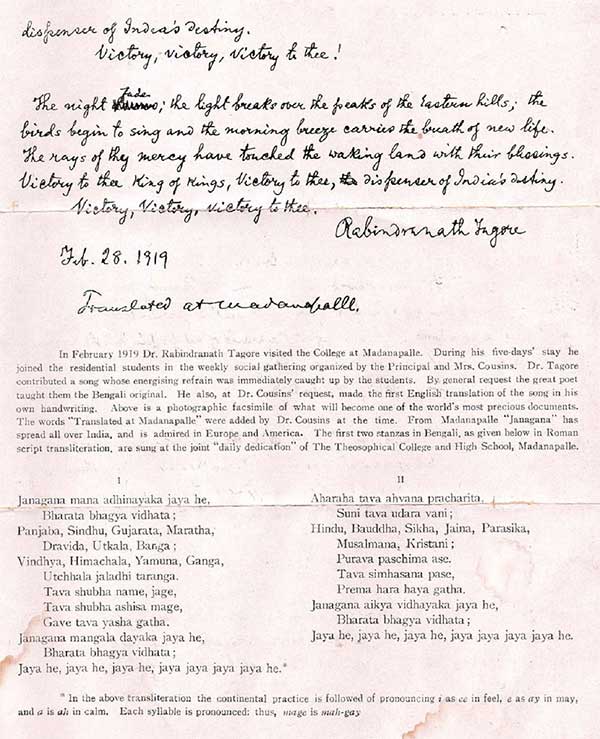 As with Tagore, the victory Kalki sought was not the victory of one faction over another. Rather, they both fervently prayed for a victory over the forces that would seek to divide the nation.

Savita Narasimhan sings this verse for us.