N Vijay Siva Reminisces about his Guru and Kalki Krishnamurthy

N Vijay Siva Reminisces about his Guru and Kalki Krishnamurthy

N Vijay Siva Reminisces about his Guru and Kalki

Among other things, “Kalki” Krishnamurthy was a hugely influential critic of the performing arts in his time. He had a very special regard for DK Pattammal’s music. In fact, the Kalki family had a special bond with the DKP family. Pattammal’s brothers and the Kalki children were playmates.

From the time Pattammal made her debut in Madras, Kalki had singled her out as an artist of great promise and predicted her future eminence. These excerpts from two reviews show how Kalki noticed her strengths right at the start at age 19, and summarised her ripened style nine years later:

(DK Pattammal) handles the profound kritis of Dikshitar set in the slow speed, with the seasoned control of veterans. Melding her knowledge with vocal sweetness, she sings with a pleasant expression unmarred by grimaces. I expect her name to become well known in the future.

A voice both mellifluous and majestic, an extraordinary grasp of rhythm, gravitas in her musical glides, clarity in enunciating the words in the lyric – these are the hallmarks of Pattammal’s music.

She has distinguished herself in singing the slow kritis of Dikshitar with all the emotions evoked by the raga intact, and in rendering pallavis with rare rhythmic intricacies. Pattammal’s concerts generally feature many Tamil songs, and she stands at the forefront of the Tamil Isai Movement. Tukkadas bearing her individual stamp are invariably greeted with applause.

Kalki wrote a few songs for Pattammal.  Tamils everywhere know that one of them, Poonkuyil koovum, became so famous that DKP came to be called “Poonkuyil Pattammal”. DKP also sang the songs in the film Tyagabhumi, whose story was written by Kalki. This was possibly the only Indian film to be banned by the British government for what they considered seditious content.

Vijay Siva who has recorded this video exclusively for the Kalki Biography Project is a top-ranking Carnatic musician today with a slew of awards and honours. He represents the highest values in the art to which he has given his total commitment. He had his first vocal lessons from his mother and training in mridangam from Kumbakonam Rajappa Iyer.

The recollections that Vijay Siva has recorded here come from the most authentic sources. From DK Jayaraman, Pattammal’s brother who was Vijay Siva’s own guru; and DK Pattammal herself, who was his guru’s guru, and his own.

There is a bonus – little-known details about the endearing bond between Kalki and the young Jayaraman.

There is another gift too – Vijay Siva has sung some of Kalki’s songs originally rendered by Pattammal and Jayaraman. 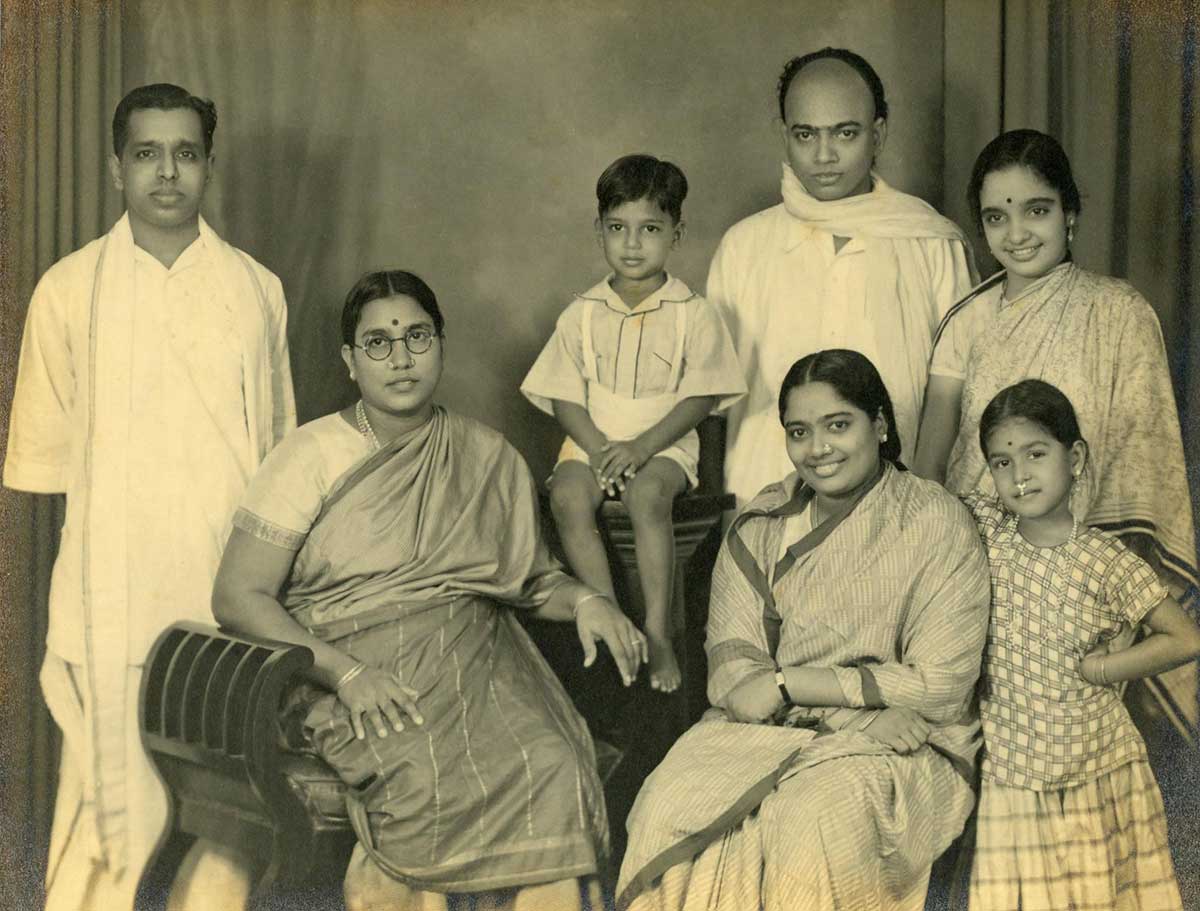