This song of Kalki’s has a rather unusual story behind it. After speaking at a PEN (Poets Essayists Novelists) conference of Tamil writers in Chidambaram, Kalki was driving back to Madras in his Morris Minor automobile with teenaged daughter Anandhi, and schoolboy son Rajendran, when he suddenly started reciting the lines:

Don’t be disheartened, oh mind! Your ardour will one day find its fulfillment.

Haven’t you seen the dawn break after the long, black-shrouded night? The earth springs to life, the lotus quivers as it blooms, the bees rejoice, the sun rises.

Muruga, the son of Ambikai,  will shower his grace to dispel the darkness within, radiate blessings, nourish love and dismiss suffering.

As he composed these lines Kalki made his daughter sing them in raag Desh.

That tune is no longer remembered by anyone in the Kalki family. But when Carnatic vocalist Sikkil Gurucharan was awarded the Kalki Memorial Prize in 2005, Rajendran, then editor, Kalki magazine, told Gurucharan about the song. Rajendran’s wife Vijaya,  gave the young musician the basic tune as she recalled it.

Gurucharan moulded it into a full-fledged song and rendered it at the award function. The song is part of his repertoire now. He made this solo recording for the launch of the Kalki Biography Project.

Sikkil Gurucharan would like to acknowledge the following for the recording of this song: Artify Productions, Offbeat Ventures, and Rithvik Raja.

We ask: did Kalki compose the song to cheer himself up after some personal disaster? Kalki’s son Rajendran chuckles as he says, “No! My father never knew what it meant to be disheartened. He had phenomenal mental strength.”

So what triggered the song?

Kalki was moved by one of the songs in the film Or Iravu, based on CN Annadurai’s play (Tunbam nergaiyil). Written by the poet Bharatidasan, and sung by M Dandapani Desikar, the lyric and the melody expand the idea of how, in times of sorrow, making music can create happiness. Kalki knew well the power of art to banish weakness, to energize the mind. So, when he composed Sorvu kollaade with a similar ideational thrust, he immediately thought of Raag Desh which inspired positive energy through that film song.

In addition, it might interest readers to know that Kalki had trounced some Tamil films which promoted a defeatist attitude. Especially did he condemn a hit film of that time for propagating the idea of a family losing everything and sending the children out to beg on the streets. Around the same time, Kalki had seen and been tremendously impressed by Vittorio de Sica’s Bicycle Thieves, the neo-realist Italian classic. The Italian movie shows a family losing everything but not surrendering to despair. The father and his young son struggle on with determination, hope, and unquenchable insouciance. That spirit may well have infused Kalki’s Tamil song.

Sorvu kollaade did not end with Anandhi’s singing it on a long drive. Years later, Kalki introduced the song into a scene in his magnum opus Ponniyin Selvan. On his sick bed, in a highly traumatized state of mind, King Sundara Chozha is lulled to sleep when fisher girl Poonkuzhali sings “Sorvu kollaade maname”. So did daughter Anandhi, in Amara Tara, when, as she struggled with her grief over his untimely death, she wrote the novel her father had left unfinished. Perhaps the song which kindled old memories brought her strength and solace in that moment. 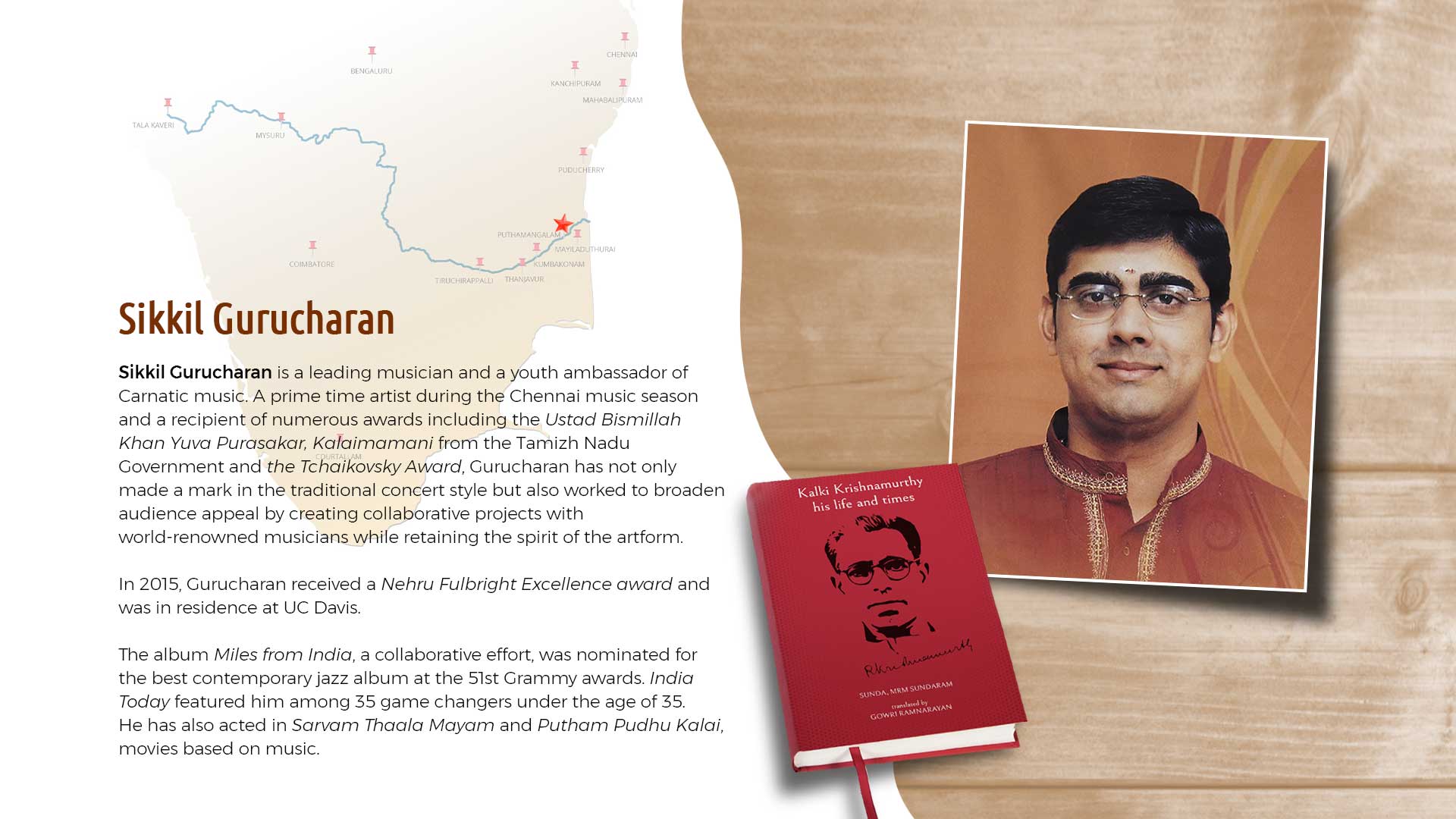